Part 3: The Cost of Unintended Pregnancy 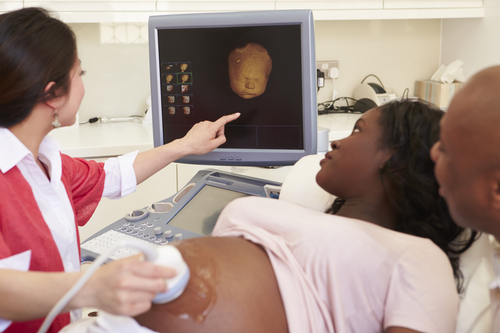 According to the Guttmacher Institute, the national public expenditure on unintended pregnancies was estimated to be $21.0 billion in 2010. This averages out to be $336 of state and federal money spent on every woman of childbearing age (15-44 years old) in the United States. Nationally, about 1.5 million births were unintended and public insurance programs such as Medicaid paid for 68% of them, while only 38% of intended births were publicly funded. The cost of a publicly funded birth, including prenatal care, labor and delivery, postpartum care, and a year of infant care, averages $12,770. An additional $7,946 is spent for the care of a child 13-60 months old, for a total of $20,716 per birth. If all unintended pregnancies were averted in 2010, around $15.5 billion in public expenditures would have been saved. This estimate does not amount to the full $21.0 billion since it factors in women who will receive public funds for a  future planned pregnancy.

Over half of all pregnancies in 2010 were unintended in Arizona, costing state taxpayers more than $161.5 million and the federal government more than $509 million. Sixty-four percent of unintended pregnancies were publicly funded in Arizona, compared to 68% nationally. These state and national figures have likely increased significantly since 2010 due to the expansion of Medicaid under the Affordable Care Act.

These figures highlight the importance of publicly funded programs to assist families before, during, and after their pregnancies. At the same time, they emphasize the potential savings that are possible by decreasing the proportion of unintended pregnancies. In addition to improving the health, education, and economic stability of individual women and their families, preventing unintended pregnancies will also result in substantial savings of public funds that could be redirected to other health care needs. Through family planning services we can empower women to decide if and when they want pregnancies. The Guttmacher Institute estimates that in 2010 the prevention of unintended pregnancies due to family planning services saved 15.8 billion in public spending. In Arizona, these publicly funded services saved the state and federal governments $201 million. To put this into perspective, for every dollar of public funding spent on family planning nationally, $7.09 is saved in Medicaid-related costs. An astonishing $11.27 is saved for every dollar spent on family planning services in Arizona.