For Every U.S. Dollar Spent on Publicly Funded Family Planning, $7.09 Was Saved

The Affirm, formerly known as the Arizona Family Planning Council, was founded in 1974 to be the designated recipient of Title X. Title X (ten) was established by Congress in 1970, under President Nixon, and is designed to provide comprehensive family planning services to low-income individuals, including teens. Comprehensive family planning includes education, counseling, preventive reproductive health screening and contraception.

This week, the Guttmacher Institute, which seeks to advance sexual and reproductive health through research, policy analysis, and public education, released a study called “Return on Investment: A Fuller Assessment of the Benefits and Cost Savings of the US Publicly Funded Family Planning Program,” which quantifies the benefits of publicly funded family planning services, including Title X.

Among their findings – not only did publicly funded family planning services help prevent an estimated 2.2million unplanned pregnancies (that would have resulted in 1.1 million unplanned births) nationally, but they helped women avoid cervical cancer, STIs including HIV, and unfavorable birth outcomes such as preterm births and low-weight births, all while saving the government $13.6 billion.

That means that for every public dollar spent on family planning, $7.09 was saved.

The true impact of those publicly funded family planning services can be seen in the infographic published by the Guttmacher Institute below. 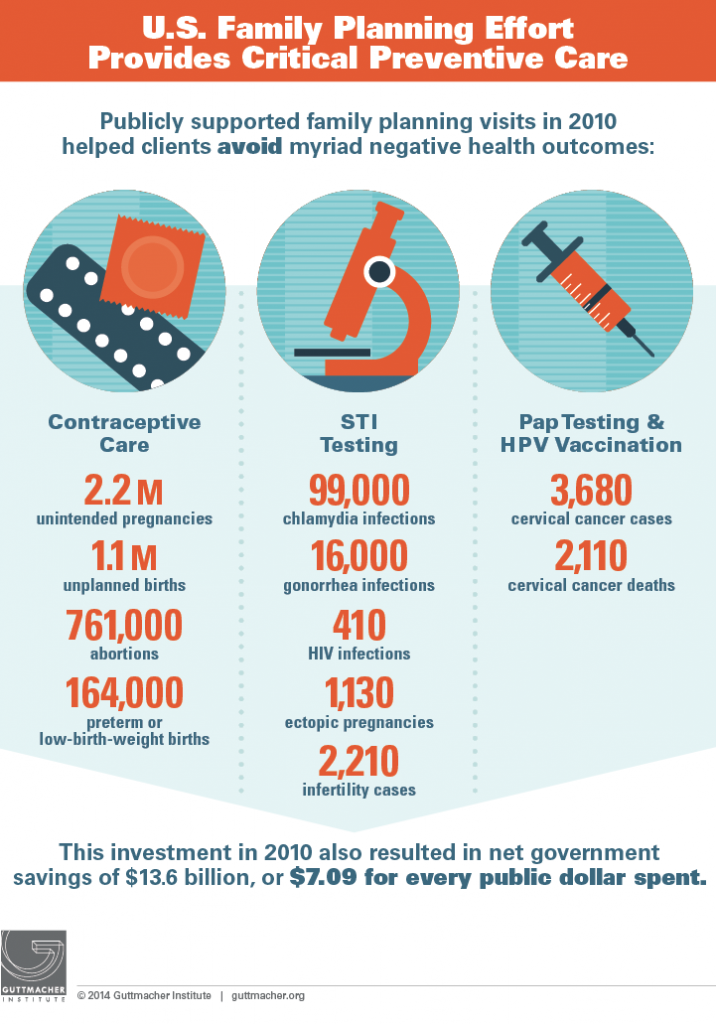 In Arizona, those numbers translate to 24,400 unintended pregnancies prevented, 1,000 cases of chlamydia transmission between partners avoided, and 40 cases of cervical cancer averted. In terms of savings, that means that for every dollar spent on publicly funded family planning in Arizona, including Title X, $11.27 was saved.